Maybe it’s just natural that the biggest guy in the room would end up in charge of security. Stan Parker speculates that could be how he fell into his career. Or maybe, says the 6-foot-4-inch lifelong basketball player and Harley Davidson enthusiast, “it’s just because I like being in charge.”

However it happened, everyone at RTP can be grateful. As Senior Director of Corporate Security and Safety at RTI International, Parker has become a regional and national leader in corporate security and safety planning. As chair of the [email protected] committee, he freely shares his expertise with colleagues around the RTP campus while also serving as a liaison between RTP and local and national law enforcement and emergency management agencies.

In 2009, the RTP area was approved for a U.S. Department of Homeland (DHS) Security Regional Resiliency Assessment Program (RRAP), which brings together federal, state, local and business executives and response personnel to evaluate security needs for critical regional infrastructure. As RTP’s primary point of contact for the program, Parker helps make sure the right people are working together to maximize safety. He also has been able to work with the North Carolina Department of Public Safety in securing additional resources to bolster local emergency responders’ ability to protect the region.

“Stan is a treasure trove of information,” says Lisa Jemison, Director of Programs at Research Triangle Park. “Whenever he’s in the community, listening to speakers, at trainings, he’s always looking not only about what he can use at RTI but also how we can better protect the Park. That’s really valuable to all of us.” 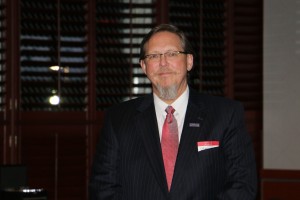 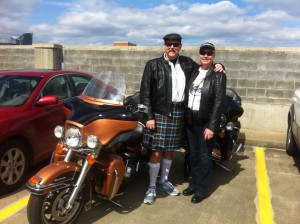 The [email protected] committee is a formal committee of the RTP Owners and Tenants Association and the Research Triangle Foundation charged with supporting a safe RTP through sharing resources and best practices among RTP businesses.

As part of that effort, [email protected] brings together leaders from RTP companies and representatives from local, state and federal law enforcement agencies to ensure the Park’s safety. The group meets quarterly to share information and news, hear from invited speakers, and discuss common challenges and potential solutions.

“One of our biggest challenges is how to get people out of here if bad weather is coming,” says Parker, who has become chair of the committee just months after its launch 2007. “Everyone drifts in over the morning, but if we need to get out of here at the same time it’s a mess. We haven’t solved that problem yet, but we are looking at staggering evacuations and expanding our capability to send emergency messages throughout the Park.”

To help think through the problem, the committee recently brought in a representative of the North Carolina Department of Public Safety to discuss how RTP companies can support the state, and vice versa, during times of public emergencies, including hurricanes and terrorist attacks. Another recent speaker from the National Weather Service discussed weather forecasting and resources for planning for weather-related emergencies.

“The networking and sharing best practices are really the hallmarks of the committee,” Parker says. While many RTP companies have their own on-site security systems and personnel, there are no public safety agencies located within the Park. In addition, many RTP companies are too small to have staff dedicated to security and safety issues. As a result, the committee has served a critical role in sharing and supporting best practices and helping companies coordinate across buildings to ensure security.

“If someone breaks into a company and steals something, we all know about it immediately,” Parker says. Such news is shared with committee members via listserv, and each company can then respond as needed. When one company, for instance, shares news of a rash of car break-ins, others might note that they’ve had the same problem. The committee can then quickly work with local law enforcement to step up patrols in the area.

Parker recalls a time when a suspicious man had used visitor passes to get into several companies around RTP. He ended up walking into one company’s general counsel’s office and saying he was there to do some filing. “She knew immediately something was up, and called security. When we put the word out, I got a call from another company that had the same person there the day before.”

It turned out the guy had also gotten past security at several other companies in the area. That the RTP community was able to quickly gather and share information out helped identify a bigger problem than any one company could have recognized, Parker says.

The [email protected] committee also offers another big plus for members: shared expertise. The group is able to share knowledge, ideas and solutions to common problems in ways that save their colleagues a lot of time, effort and even expense. When one member mentioned that he was investigating options for training programs to assist in responding to active shooter situations, Parker knew exactly where to point him and how to develop a program proposal that the company’s executives would support.

Parker participates in numerous regional and national conferences and seminars — he’s even hosted several at RTP, including a regional meeting of the Department of Homeland Security — and the knowledge he gains and the connections he makes come right back to RTP. “There’s a ton of data and resources out there,” he says. “I get it, I thrive on it, and I live it. I like to share it because it helps build up the region and brings people here from all over the country. We are seen as a leader in the way we collaborate with security agencies.”

Jemison said a security assessment of the Park, conducted in 2013 as part of RTP’s long-range planning process, essentially found that the Park was doing precisely what it needs to in order to protect employees and business assets. As the Park grows and develops more densely populated spaces that bring in more people, security plans will need to adapt. And the [email protected] committee stands ready to do whatever is needed, thanks in large part to Stan Parker.

“I like being able to be a resource,” Parker says. “I’m very fortunate that RTI allows me the opportunity to be a community activist. I do it for RTI, but I’m glad that everyone else benefits.”

To get involved with the committee or find out more about [email protected], email Jemison at jemison@rtp.org.