Okay, open them. What does it look like? How many people could it feed? You have no idea? Neither did I…at least until Thursday, September 11th 2014.

If you didn’t already know, September 11th was deemed the National Day of Service and Remembrance by the United States Congress in 2009. In order to honor all of the innocent citizens and brave first responders that fell 13 years ago, Americans have taken to selflessly devoting this day to helping others and contributing to causes for the greater good.

This year, 1,100 volunteers showed up to Sort-A-Rama to help the Food Bank of Central and Eastern North Carolina sort a massive amount of food into individual meals to be given to families in need across our state, just in time for the holidays. This year, The Research Triangle Park played a bigger role than normal. The event was sponsored in part by some familiar company names: Cisco and BASF, with NetApp, RTI, and Research Triangle Foundation contributing sponsorships and filling volunteer sports. It was also held at the former Nortel campus, right in the heart of RTP! 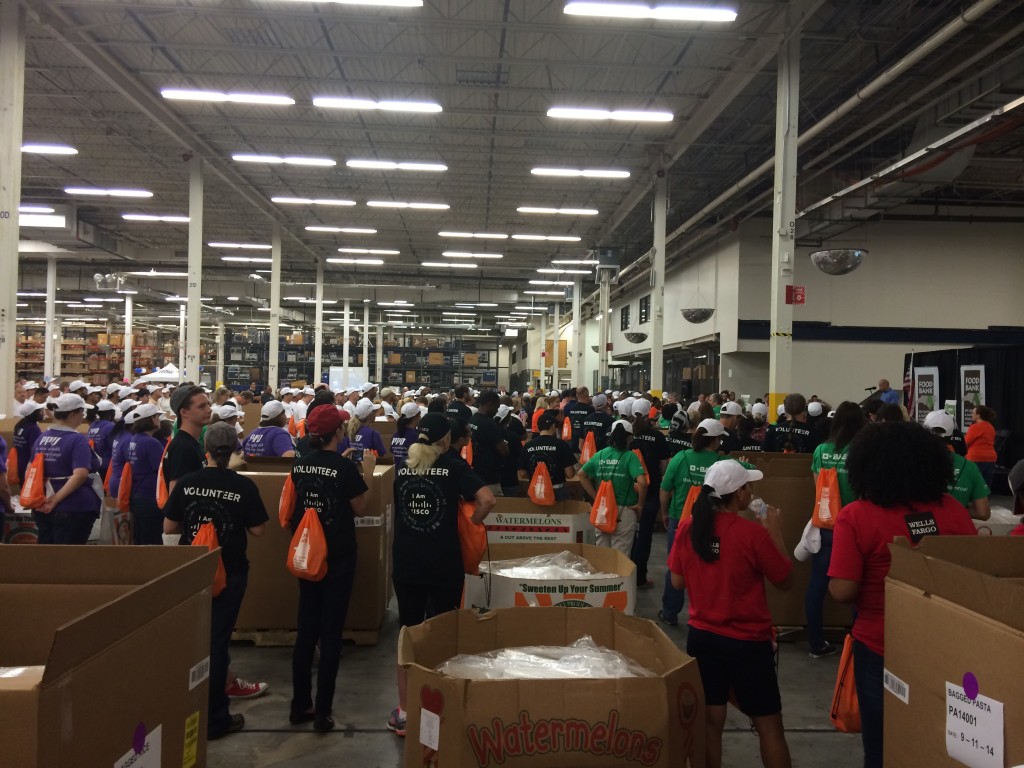 If you’re in the mood for more history, I have another quick lesson for you. The term “selfie” was coined in Australia as early as 2002. Its current popularity leaves one wondering…what next? We all found out at the event, when the Food Bank of Central and Eastern North Carolina introduced the term “helpie” to the crowd. The definition? Taking a selfie while volunteering to help others. Clever, right? The RTF team sure thought so, at least enough to take quite a few our own helpies throughout the day.

The day was a wild success. Thanks to a motivational speech by Governor McCrory to kickoff the event, as well as the upbeat tunes played a DJ from Cisco, volunteers sorted 210,000 pounds of food into 176,000 meals in just 3 hours! That’s blog-worthy.

To learn more about Food Bank CENC and find out about future volunteer opportunities, follow them on Twitter @FoodBankCENC